This season, Raf Simons partners with Smiley to create a collection inspired by hope and optimism. 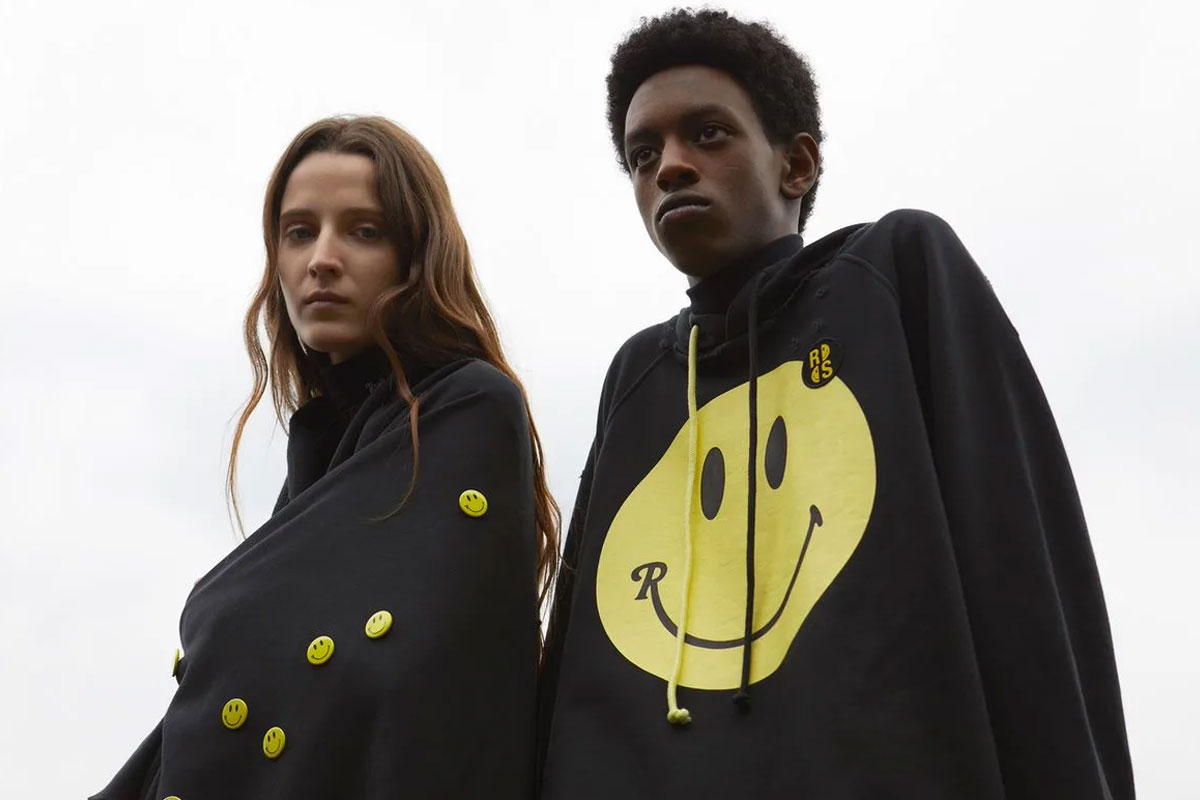 This season, Raf Simons partners with Smiley to create a collection inspired by hope and optimism.

Ever since Raf Simons founded his eponymous label in 1995, the Belgian designer has remained steadfast in his exploration of cultural codes, whether that be celebrating niche elements of youth movements or spotlighting pervasive motifs.

This season, the cult designer leans in heavily on the latter, partnering with Smiley to celebrate optimism and hope. Since emerging in the 1960s, the smiley face has remained ubiquitous — a symbol that has served to represent everything from hippie culture to acid house.

Simons channels that symbolism of hope throughout the collection, emblazoning the motif, in various forms, across a slew of garments. There’s an oversized knit — showcasing Simons’ penchant for experimenting with proportions — with a large red face worked on the sleeve, a rework of the designer’s denim overshirt with a smiley patch at the chest and even a blanket covered in the legendary motif. 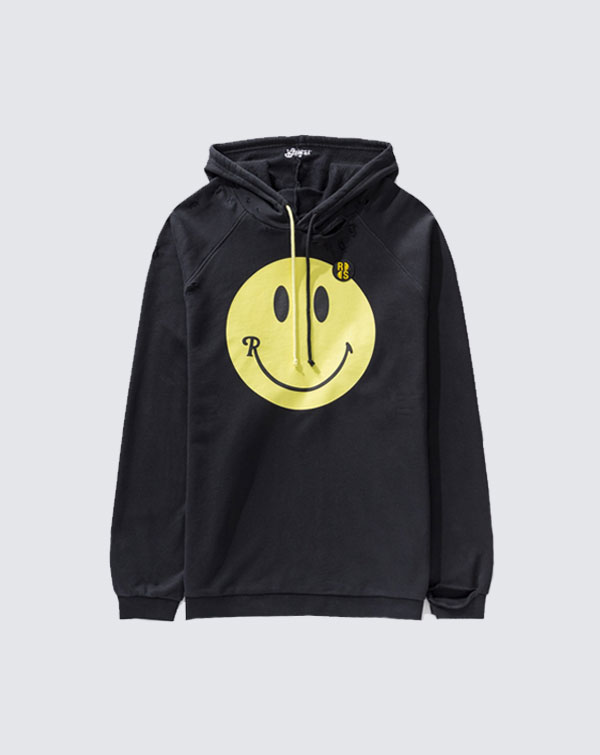