Stone Island’s Shadow Project line has evolved from being a diversionary experiment to a fully realised diffusion label all onto itself, one that has continued to push the boundaries of innovation and performance in menswear apparel since its inception in 2008. 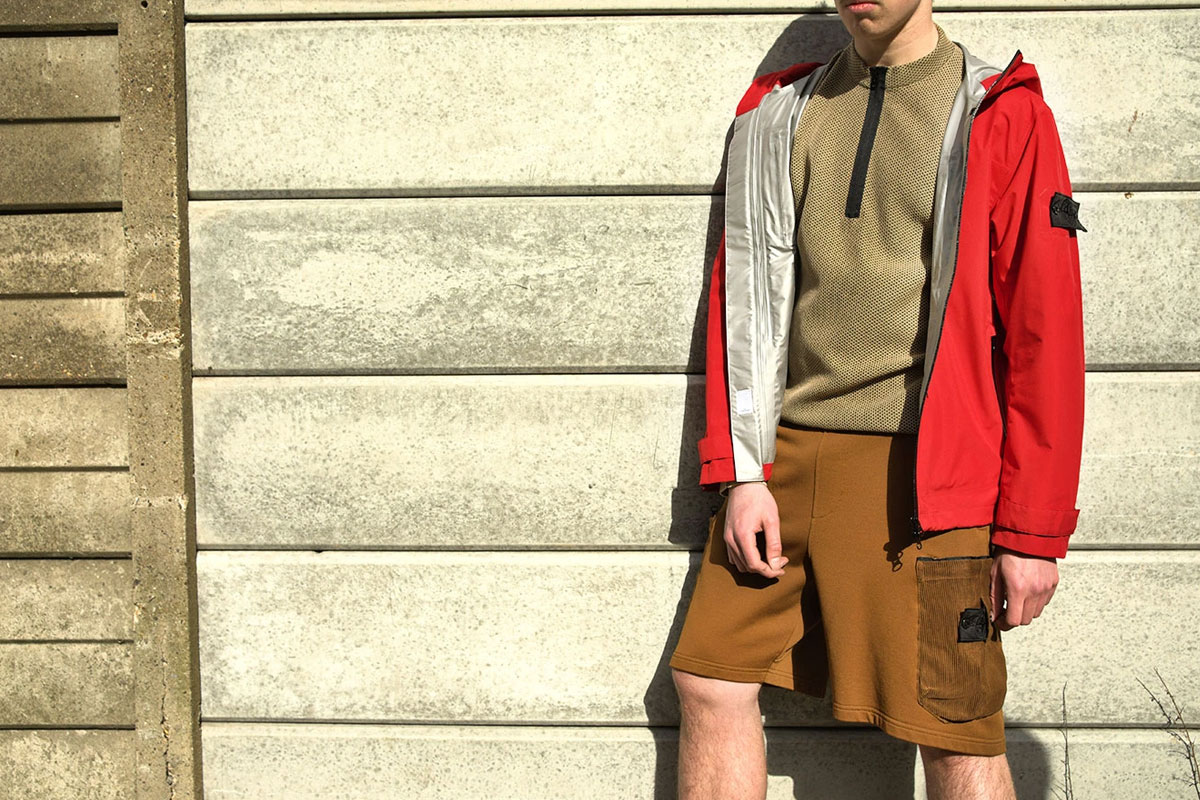 Stone Island’s Shadow Project line has evolved from being a diversionary experiment to a fully realised diffusion label all onto itself, one that has continued to push the boundaries of innovation and performance in menswear apparel since its inception in 2008. Under the tutelage of Stone Island creator Carlo Rivetti, the SS21 collection is spearheaded by Errolson Hugh of ACRONYM® for the final time, with his ACRONYM® partner Michaela Sachenbacher set to take control of Shadow Project’s creative direction from AW21 onwards.

There’s a conscious effort on the part of the development team at ACRONYM® to express that Shadow Project owes its very existence to Stone Island, with even the name implying that the project is essentially a ‘shadow’ of the parent label. Shadow Project gladly utilises Stone Island’s rich archival back-catalogue and development resources to form the backbone of its collections, but then goes on to experiment freely with unconventional fabrics, ergonomic construction and distinctive garment-dyeing processes to forge its own unique identity. With Shadow Project, Rivetti was determined not to be constrained by the parameters of a traditional business model (a system that the mainline collection is perhaps more obliged to follow), allowing his creators to simply create without restraint. Fortunately, this decision has paid off, with many ideas and processes that were originally conceived for the Shadow Project line even being transferred over to the main line for their core audience to enjoy. 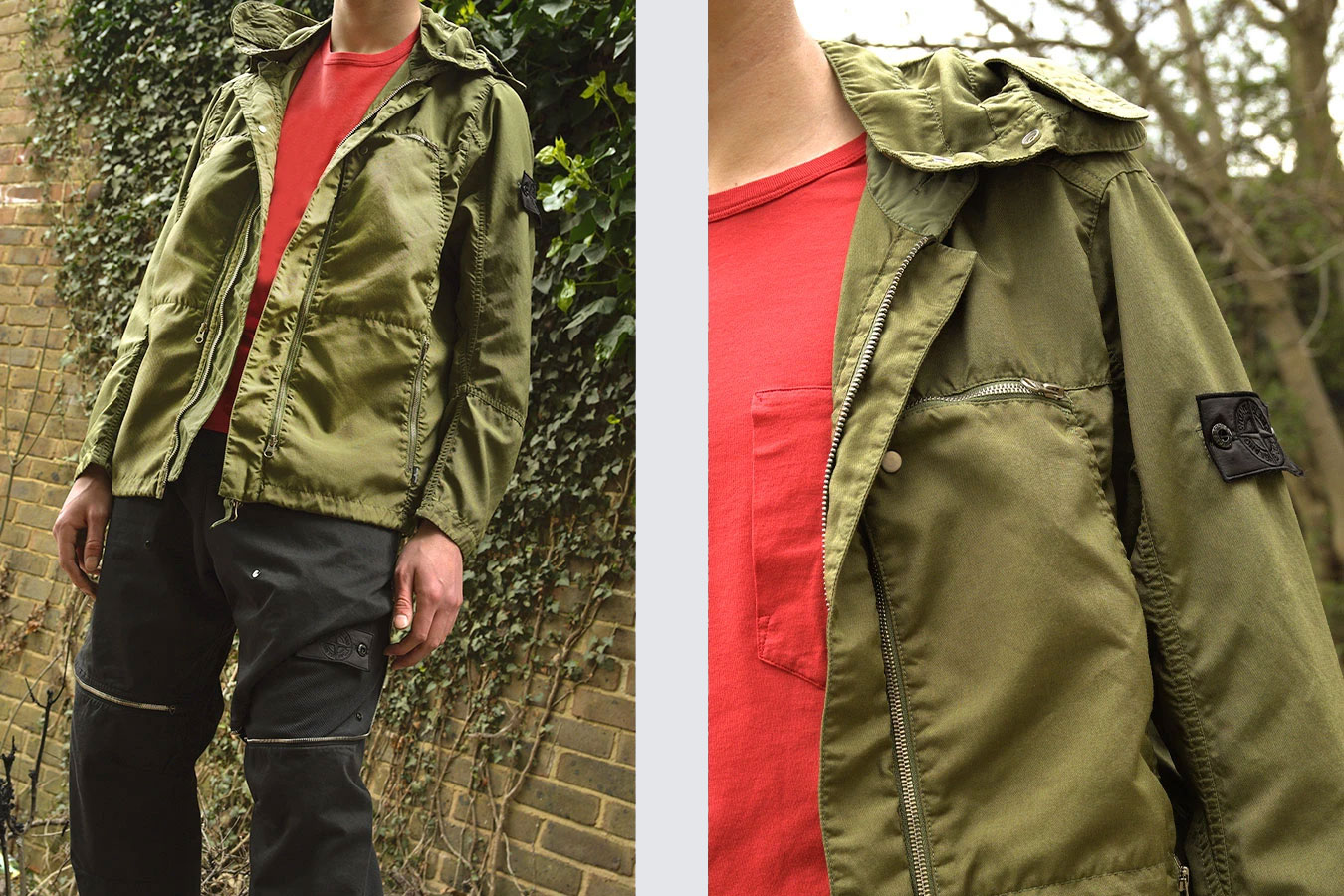 Shadow Project’s latest SS21 menswear collection continues the tradition of experimenting with utilitarian features and assets, opting for designs that place an apparent emphasis on lightweight tact for effortless, transitional dressing. An undisputed highlight of this latest showcase has to be the introduction of the ‘Hollowcore poly light’ fabric, a single-layer woven fabric composed of lightweight, hollow spun polyester yarns, finished with an anti-drop formula to repel dirt and water. The fabric is deployed in our featured Stone Island Shadow Project Green Vented Field Jacket, which confidently boasts superb resistance to the wind and other adverse weather conditions. 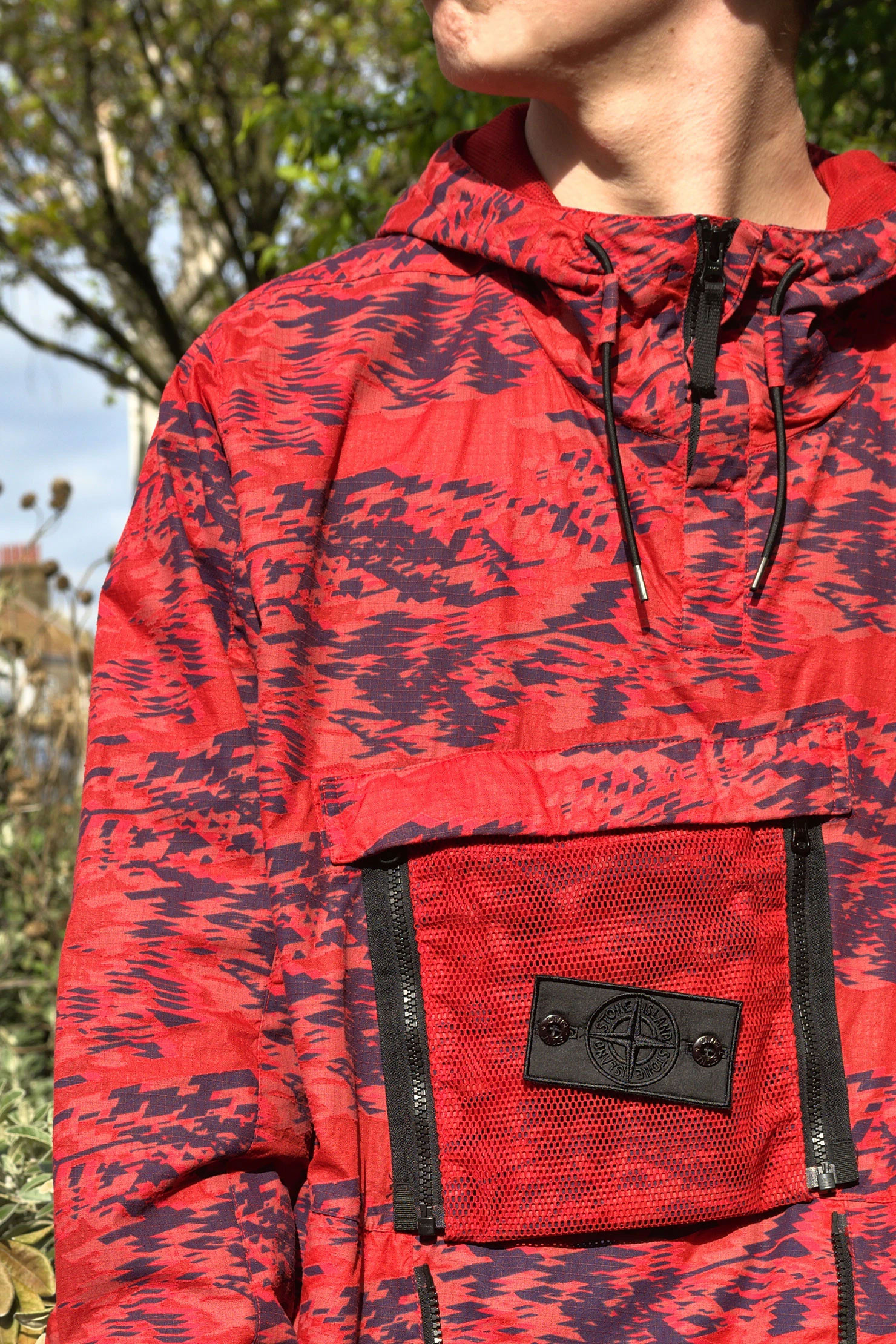 Elsewhere in the collection, the Stone Island Shadow Project Red Convert Cargo Anorak, which features a technically astute and equally impressive ripstop fabric, is given a dramatic uplift with a 3-pigment, dévoré dyeing process which elevates the design and suggests a more fashion-oriented aesthetic for the niche sub-division of followers that the Shadow Project line has carefully carved out. It’s nuanced details like these that maintain the cultist appeal of the project and it’s great to see ACRONYM®’s continued enthusiasm for working them into their designs.

However the innovation that we’re particularly fascinated with this season is the ‘TWIN ZIP’ function, a novel concept wherein two separate garments can be joined together to form an awesome hybridisation, as is the case with our featured Stone Island Shadow Project Gore-Tex Paclite Jacket & Utility Vest Set. Credit must once again be given to the design team at ACRONYM® for finding new and interesting ways to approach utilitarian dressing; we’re sure that fans of the label will warm to this totally original design archetype. 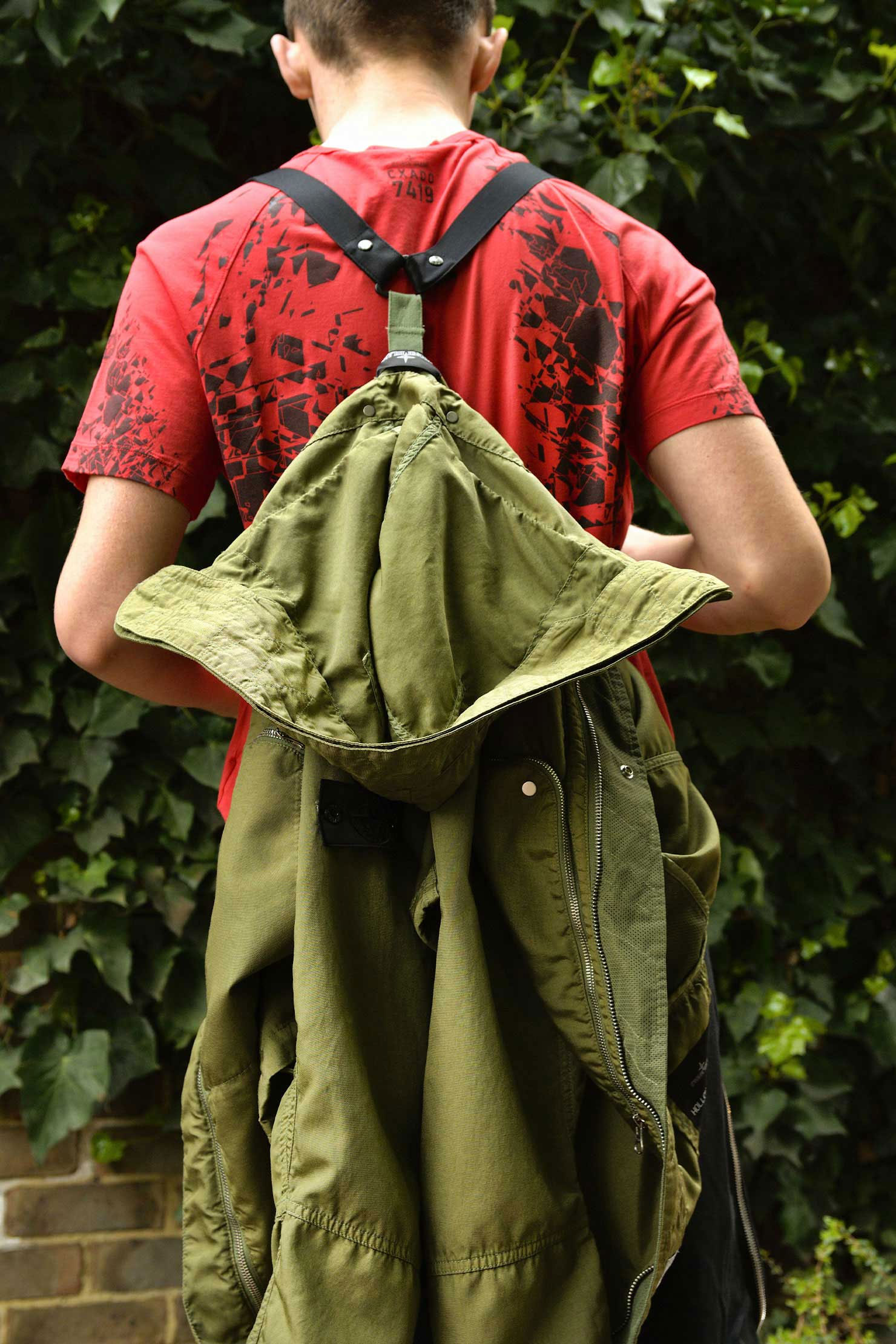 But it’s not just the showpiece outerwear models that have benefitted from ACRONYM®’s meticulous eye for detail and technical reform. The Stone Island Shadow Project Black Vented Panel Trousers (which are also available in a khaki green variant) are ripe with functional innovations that allow the wearer to mix it up and experiment with different styling options. A prime example of such would be the oversized zip flaps that can be folded in on themselves to reveal a mesh panel underlay, offering vastly improved ventilation for warmer days in the later spring and summer months. This emphasis on ventilation and breathability extends to the technical mesh fabric which has been carefully implemented into the Stone Island Shadow Project Beige Mesh Sweater. Such progressive design elements reinforce Shadow Project’s profound understanding of the importance of adaptability in the contemporary man’s wardrobe, particularly when it comes to dressing for the outdoor world.

The latest collection is a further exploration of the ethos that vindicates the Stone Island Shadow Project and ultimately justifies its continued presence within the wider Stone Island universe. It exists as a conduit for untethered creativity and technical innovation, presenting an opportunity for the designers to constantly challenge themselves and redefine what contemporary fashion means for the modern man. Carlo Rivetti’s wife and work partner Sabina once remarked that maintaining this ideal as the driving force behind the label was crucial because they “never wanted Errolson or his design team to get bored”. In our opinion, Stone Island Shadow Project’s SS21 presentation is a reflection of the deep-rooted passion that sets it apart and ensures that nothing that the label ever produces can even come close to being considered safe or, god forbid, boring… 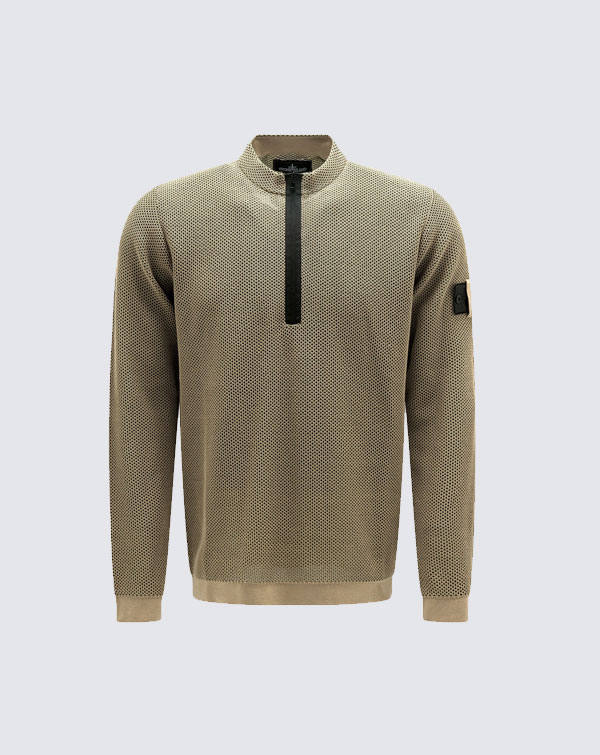 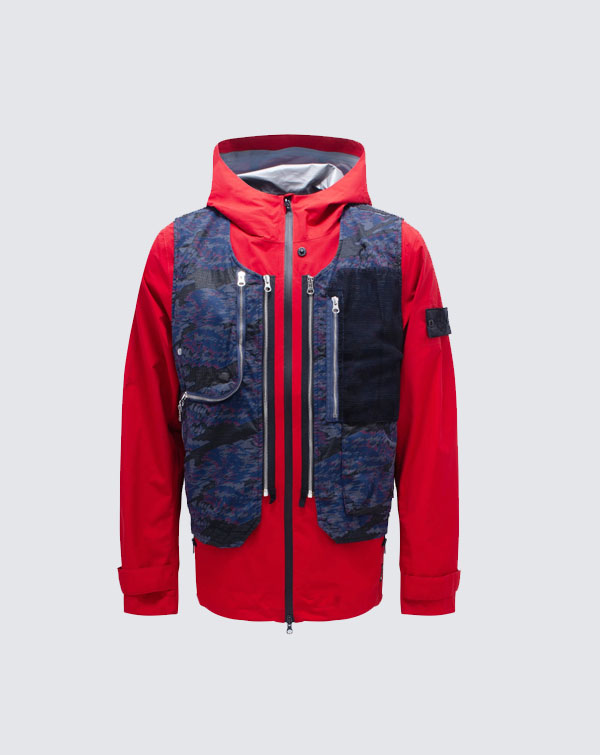 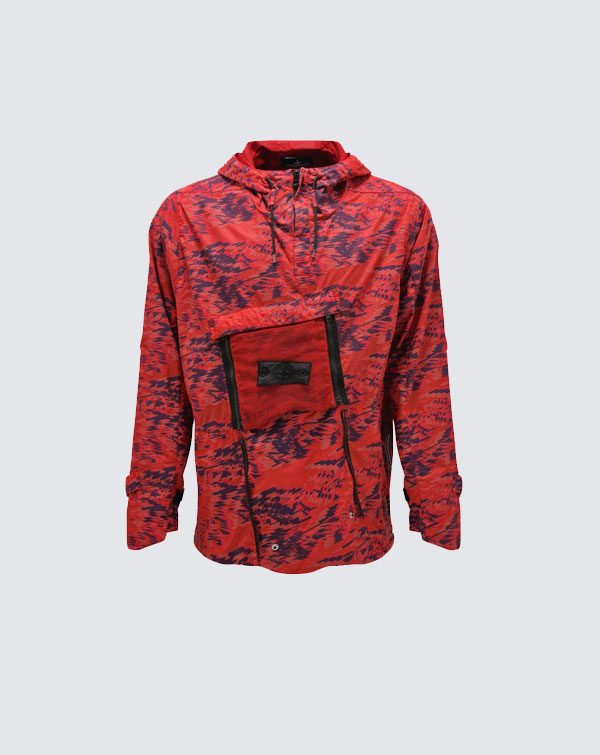 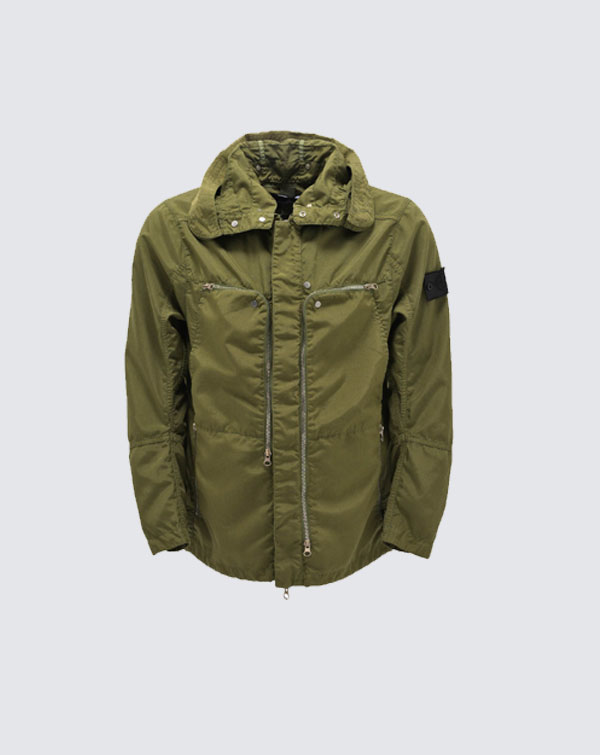 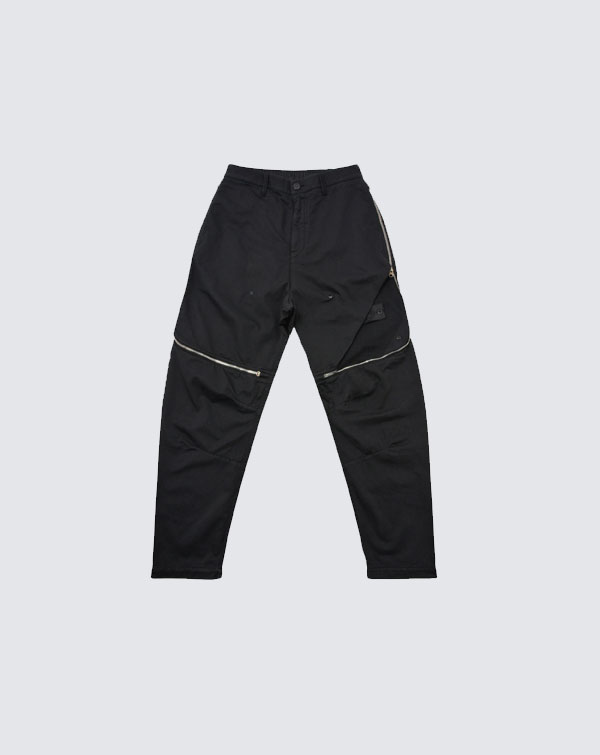